The majority of vaccinations use an adjuvant to boost their effectiveness and in most cases the adjuvant is an aluminium salt including aluminium phosphate and aluminium hydroxide.

The simplest explanation of how an aluminium adjuvant works is that its injection into the muscle or under the skin produces toxicity, thus providing greater immunity to a particular disease. This is what accelerates and enhances the immune response to the specific vaccine antigens. Without it, the body may react too weakly to build up the required antibodies. 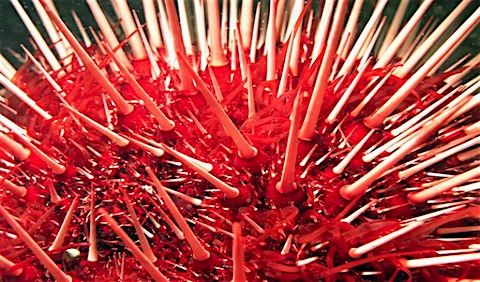 In most recipients of a vaccine this toxicity is seen as mild inflammation or reddening and swelling of tissue at the injection site. However, in a small minority of individuals the consequences of this toxicity are more severe and can lead to serious adverse events including autoimmune disease and brain encephalopathies.

This is an area that I have been looking into for some time and I have been involved in a research project which was recently now published in Nature’s ‘Scientific Reports’. Funded by the Medical Research Council (MRC) and the Dwoskin Foundation the group at Keele University, we investigated the relationship between the physicochemical properties of aluminium adjuvants and the immune response. Specifically, we showed that the reaction of the aluminium adjuvant at the injection site will determine its subsequent fate and therefore its activity both at the injection site and away from the injection site.

One form of aluminium adjuvant which is used in clinically-approved vaccines is an aluminium hydroxyphosphate salt and is more toxic at the injection site than the second form of aluminium adjuvant commonly used in clinically-approved vaccines which is an aluminium oxyhydroxide salt. However, the latter is more easily loaded into immune reactive cells with the possibility to be transported throughout the body.

Our research suggests that the loading of aluminium into viable cells offers a mechanism whereby significant amounts of aluminium, a known neurotoxin, might be translocated throughout the body and even across the blood brain barrier and into the central nervous system.

Research at Keele University led by Professor Christopher Exley aims to understand the toxicity of aluminium adjuvants in vaccinations and their latest findings are published in Nature’s ‘Scientific Reports’ (http://www.nature.com/articles/srep31578 ).