Dr. Death is Funding the Scalping of Dead Babies

Dr. Fauci is Funding Gruesome University of Pittsburgh Study Skinning Scalps off of Aborted Babies and Growing them on Lab Rats

Gateway Pundit – The University of Pittsburgh is growing scalps from aborted babies on lab rodents.

This is straight from a horror movie. 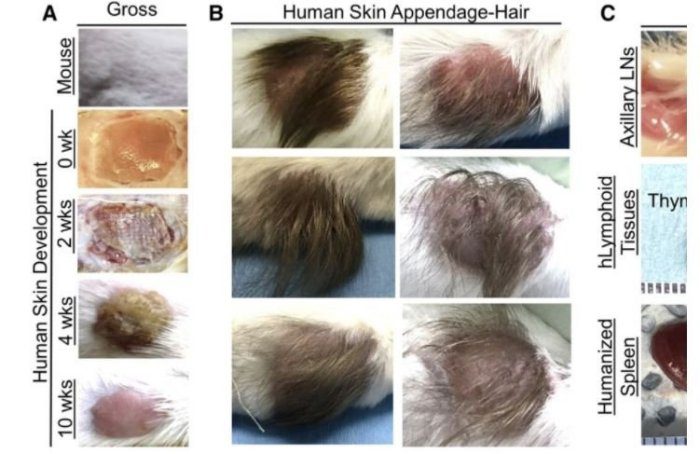 And Dr. Tony Fauci is funding this gruesome study.

Scalping is the act of cutting or tearing a part of the human scalp, with hair attached, from the head, and generally occurred in warfare with the scalp being a trophy. Scalp-taking is considered part of the broader cultural practice of the taking and display of human body parts as trophies, and may have developed as an alternative to the taking of human heads, for scalps were easier to take, transport, and preserve for subsequent display. Scalping independently developed in various cultures in both the Old and New Worlds. Source

More on the subject

…. removal of all or part of the scalp, with hair attached, from an enemy’s head. Historical evidence indicates that many cultures have engaged in the removal of body parts from their enemies. Most frequently these were used as trophies, displayed as proof of valour, held for mutilation (often with the implication that the victim’s condition would persist into the afterlife), or treated as supernatural objects. The Greek historian Herodotus reported that in order to receive a share in the spoils of war, Scythian warriors were required to deliver an enemy scalp to the king. Other sources indicate that the Anglo-Saxons and Franks practiced scalping through much of the 9th century ad. Source

Yes—there is WAR on CHILDREN in the WOMB.

The scalp of the enemy as an indicator of courage

Now we are getting close to the question of why the Indians scalped the killed (and sometimes just wounded or caught) enemy.

In truth, white trappers and military practice this as well as evidence, in order to collect bounties or receive recognition.  This ritual was widely practiced by Celtic tribes in Europe. There is very clear evidence that American Indian tribes are related to the Celts

First of all it was a status thing. The very fact of having a large number of scalps seemed to say that the owner is a strong warrior who defeated many enemies in battle. But such a trophy was usually not nameless. The name of the defeated opponents was memorized, and to demonstrate in the evening by the fire a piece of skin from the head, saying to whom it belonged before, was considered an indicator of great valor. If the hero has managed to defeat such a dangerous enemy, then he really deserves respect.

However, it is quite difficult to unequivocally answer why the Indians removed scalps. After all, some experts also talk about the ritual sense. This version has the right to exist.

With hair associated with many will and superstitions, not only among the Indians, but among European nations. For example:

Many nations believed that the power of a man was kept in his hair (to recall Samson, who was tricked by deceit, deprived of his strength). Therefore, cutting off the hair from the killed enemy, the warrior became stronger, grabbing his strength.

Having a scalp in his hands, the shaman could perform a complicated dance ritual, as a result of which the soul of the former owner of hair became forever the servant of the winner. Here is another reason to cut the skin off the head of a dead enemy.

In general, it is very difficult to say unequivocally why the Indians shot scalps. It is more logical to assume that all of the above reasons played their part. Or that in each tribe existed their superstitions. Source

There are different beliefs in the connection between hair and spirituality. Among the varying references across cultures and religions is one dominant ideology – hair is a unique source of spiritual power.

Human hair tips are like antennas connected to your brain. They gather energy and transmit it to the frontal lobes of the cerebrum, stimulating a higher level of consciousness. The hair on your head also protects your crown chakra, which lets you experience the highest state of spiritual growth.

Many years ago, people believed in hair powers and their receptivity to spiritual energy. They held onto the spiritual meaning of cutting your hair or letting it grow to its full length. They gave credence to hair being connected to the brain and spirituality.

Why does long hair affect the brain?

Below, you will find some scientific explanations that back up how hair impacts the brain and spiritual energy.

For DNA testing purposes, the part you really want is the hair follicle — and that’s the part that’s least likely to be included in a preserved lock of hair.

Both Y-DNA testing and autosomal testing involve nuclear DNA (DNA from chromosomes inside the nucleus of a cell) while mtDNA involves the mitochondria, which exist outside of the cell nucleus.6 And a hair shaft simply doesn’t contain nuclear DNA.7  Source: The Legal Geneaologist

So we see that there are multiple reasons why they want this ritual to common become practice.  There are spiritual reasons as well as physical reasons.

They can use the hair to conduct DNA experiments and to create new hybrids and/or new species.  The best DNA is taken from the part of the hair that is under the skin as demonstrated above.  So SCALPING is most effective.  Since the hair is connected to the nervous system and is a conductor/transmitter/receiver of energy…there are properties to it that we don’t understand but “Scientists” and demons do.

The spiritual aspects of the hair are even farther beyond the grasp of most humans.  There is no telling what significance the human scalps, especially the scalps of infants not yet born, might be.

Is it possible that they are laying claim to the eternal souls of those infants and the scalps represent the eternal slavery to which those babies are now condemned?  Do the demons obtain power from these scalps like the pedophile obtain power from adrenochrome?  What happens to the apirits of those babies not allowed to be born?  There are many spiritual things we know nothing about.  But the DEMONS OF HELL know!

What we call “Science” today is actually “Scientism”.  It is a RELIGION.  A religion that is driven by demonic forces.  Scientists are MAD!  Driven by forces they don’t understand.  They have been given over to a reprobate mind because the put the wisdom of man above the KNOWLEDGE OF GOD.

Those unborn babies who were ripped from their mother’s wombs suffered terribly.  They deserved life.. and did not get it.  The very least we can do once the horrible deed is done is honor their poor little bodies with a decent burial and protect them from further degradation.

And TRUST ME, the Medical Industry is the WORST!  No longer do we find the kind hearted country doctor or the tender hearted nurse.  We find a money making industry that is heartless and sadistic and tyrannical.

SAN FRANCISCO, CA — A former board director for the Center for Medical Progress (CMP) testified during the civil trial in the San Francisco Federal District Court that the scalps of babies provided by the abortion industry are being harvested for research in treating baldness, according to a recent press release from Liberty Counsel.

Liberty Counsel said in the release it is defending Sandra Merritt against Planned Parenthood’s civil lawsuit seeking millions of dollars as punishment for her undercover investigation work with David Daleiden and CMP, which exposed the largest abortion mill’s trafficking in human baby body parts.

Albin Rhomberg told the court that pro-life sidewalk counselors first discovered that the abortion industry was trafficking baby body parts in the early 2000s, before the CMP’s undercover investigation began, according to the release. Rhomberg said that the staff at the abortion facility would arrive in the morning followed later by the abortionists. Then mid-morning, a new group of people arrived carrying containers, sometimes with ice and other tools and equipment. A few hours later, a FedEx truck arrived at a regular time and departed with “special refrigerated gel-pack containers.”

Rhomberg explained in the release, “There were these rumors that they were collecting the bodies [of aborted babies] for sale or for distribution in some way. In some cases, the people noticed that the parts went out before the mother went out. She would come … staggering out later, typically throwing up in the bushes and being helped out of the place, after the baby parts had already gone into the FedEx truck.”

After talking with the FedEx drivers and conducting online research, Rhomberg reported in the release that they discovered that Advanced Bioscience Resources was purchasing the baby parts, and they were likely being resold to those conducting studies on baldness.

“They were scalping the babies and taking their scalps and grafting them on to immune-suppressed mice, and then using various pharmaceuticals on these humanized mice to test the effect upon preventing or, I suppose you might say, treating baldness,” said Rhomberg in the report.

During the trial, Rhomberg was also questioned about an email he sent Daleiden the day after CMP released its first video on July 14, 2015, in which he calls the video “the Nucatola NUKE” and writes it had been viewed over 700,000 times. Rhomberg estimated that the original YouTube video has been viewed three million times, as said in the release. The video, which Judge Orrick has banned as evidence in the courtroom, shows Dr. Deborah Nucatola infamously discussing how she would “crush above” and “crush below” the baby’s thorax to obtain intact organs, and admitting she changes the position of the baby to breech to obtain an intact head.

Scalps continued growing hair after being grafted onto rodents. 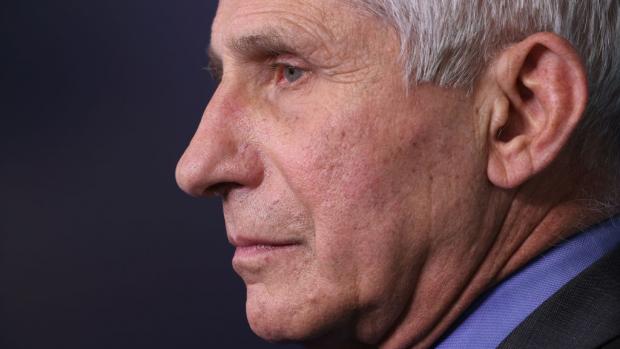 The National Institute of Allergy and Infectious Diseases, the federal health agency run for decades by celebrated White House coronavirus adviser Dr. Anthony Fauci, has spent over $400,000 funding a series of experiments that grafted the scalps of aborted fetuses onto living mice, studies that were meant to investigate the human skin’s propensity for developing infections.

The research, published last fall in the journal Nature, was performed by a dozen scientists out of the University of Pittsburgh. The experiments involved developing rat and mouse “models” using, in part, “full-thickness fetal skin” in order to “provide a platform for studying human skin infections.”

The report notes that the “human skin tissues” used in the skin grafting experiments were obtained “from the scalp and dorsum” of “donors,” namely aborted fetuses.

THESE MONSTER DARE TO CALL THE ABORTED BABIES “DONORS”!!!  Unbelievable!!!