The Taliban are so horrible they aren’t even clamping down on funerals if they exceed 10 people!

Horror! Afghanistan has been overrun by a regime so barbarous and cruel that under its rule people are allowed to step outside without a passport, may even enter government offices, museums, and stores without said passport, and where — gasp (!) — men may walk outside without face coverings!

This is simply too barbaric to even contemplate! Why can’t the Taliban be more like us?? It’s time to enter the 21st century, fellas!

On the other hand, the Taliban do at least ban concerts, cinemas and night clubs so there is still hope they may yet join the civilized world and offer progressive governance, with more clampdowns on anything that makes life worth living, just as the West has done for the past year and a half. Fingers crossed!

The dystopian life under the Taliban: 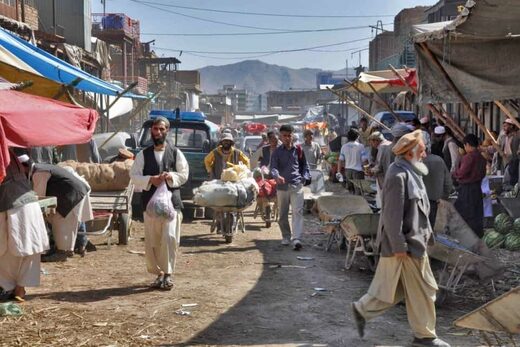 Weddings can’t be held across NSW.

Funerals can be held. Attending a funeral is a reasonable excuse to leave home and to enter a lockdown area.

You can only leave your home to attend a funeral, memorial service or gathering afterwards if you’re a spouse (including a de facto), parent, child or sibling of the deceased.

Up to 10 people can attend an indoor or outdoor funeral or memorial service or gathering afterwards — but they must wear a mask indoors. The people conducting the service are not included in this cap.

The fuckhead who has caused our mental health issues is offering us a fkn bandaid now.

We are doing this so we won’t be in lockdowns for months? WTF we have been in lockdowns since May!!!!! pic.twitter.com/tiUvmEV2rr

Rest of the West: