I’ve been involved and distracted by a couple of things over the course of last two years so the following article is more than a year old.

It was already there sad that we overlooked… And a few old fellows aka grey medicine-men and medical men – I personally know from past and even worked with a few, I recall well enough that they at times “didn’t bother at all” to take my advice on such matters even if pointed in the right direction with enough evidence because “they were too preoccupied with money” – they wanted to make enough money… Fine money is fine as far as it’s filling the gaps of your needs, they even tried silencing by simply saying that they “dunno“… What a fucking shame !!! Innit ??? – A

Well I have a few more words for such oxymorons…

We live in a time where intelligent people are being silenced so that stupid people won’t be offended !

Note that posting and sharing articles online on this platform doesn’t neccessarily means that I’m buying everything from the source of the article i.e. the source website ! So do not smear me with any nonsense ! – A 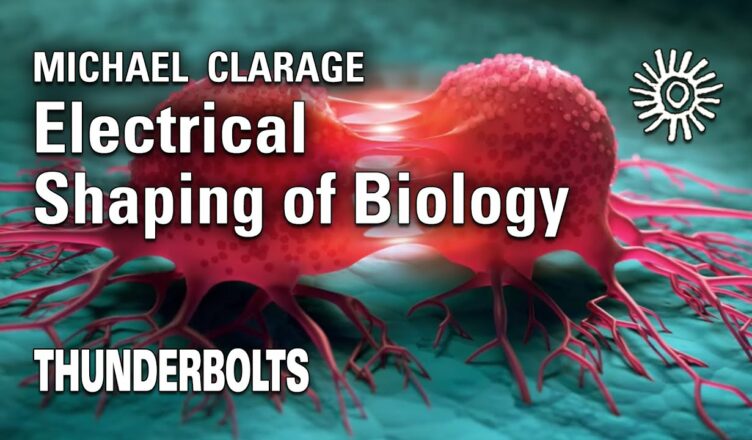 Not until recently have I been able to understand that what we consider “the book of life” aka DNA actually is not what we think it is, the idea stands on a very shaky scientific foundation. Here I will present some of the things that I’ve learned with reference material if you want to verify these statements for yourself.

These videos with Michael Clarage also highlight the fact that DNA is not what we think it is.

We repeat the 70 year-old idea that DNA alone somehow determines everything, though there is surprisingly little evidence. The story of DNA that we grew up with—and still teach our children—is not only wrong, it’s harmful to our spirit because it gives us a false understanding of ourselves and our relationship to the universe.

Astrophysicist and Lead Scientist of The SAFIRE Project Michael Clarage, PhD, highlights some of the evidence for the role of electricity in how plant and animal shapes come to be, and the role of electric fields in how inorganic objects obtain their shapes.”

“We examine three fundamental questions in the second episode of this two-part presentation. Is matter even capable of organizing itself? Where do form and shape come from? Can form exist without matter?

Researching the origin of forms in Nature for several decades, Astrophysicist and Lead Scientist of The SAFIRE Project, Michael Clarage, PhD, has found none of our current sciences very good at describing how forms arise. Be it geology, physics, chemistry, biology, or astronomy, there is a substantial amount of hand-waving when it comes to describing how form occurs.

Dr. Clarage conveys a powerful and profound idea. When your purpose changes, your shape changes. Purpose is causal. It makes things happen and presents a more useful and meaningful cosmology for all.”

To tie the knot on things I think it’s important for people to also read this article by Dr Stefan Lanka called “PI-water and a new theory of life” that talks about a substance called PI-water and how all biological life emerge from this substance.