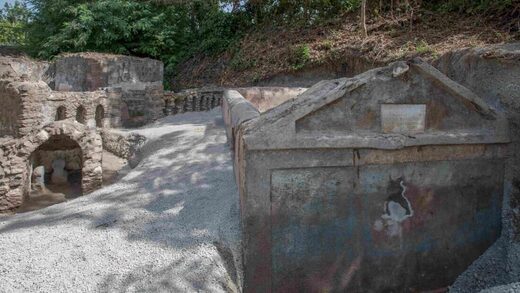 The Roman city of Pompeii was famously destroyed by the eruption of Mount Vesuvius in August 79 CE. However, the deadly blanket of ash and pumice that fell on the city preserved its remains, including its inhabitants, allowing archaeological investigations centuries later to continue to reveal details about this incredible city. The latest discovery is a tomb dating from the last decade of Pompeii containing the unusual discovery of the partially mummified remains of a man.

This finding, by the Archaeological Park of Pompeii and the European University of Valencia, is very unusual as it was customary at the time to bury children and cremate adults. The burial chamber includes a marble slab with the name Marcus Venerius Secundio, believed to be the identity of the body found. Analysis of the bones suggests he was over 60 years old.

The mummified remains are in an incredible state of preservation, with hair and an ear still visible. 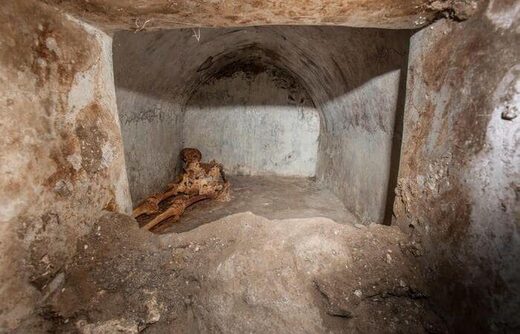 “We still need to understand whether the partial mummification of the deceased is due to intentional treatment or not,” Professor Llorenç Alapont of the University of Valencia said in a statement. “Analysis of the fabric could provide further information on this. From the sources, we know that certain textiles such as asbestos were used in embalming.”

In the burial chamber, they also found two glass unguentaria (containers of ointments), numerous fabric fragments, and two cinerary urns with the cremated remains of two people. One of them is described as a beautiful glass container belonging to a woman called Novia Amabilis. 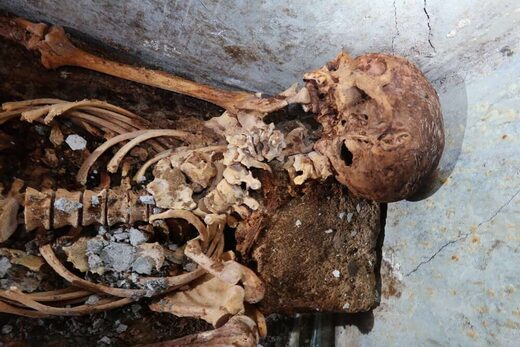 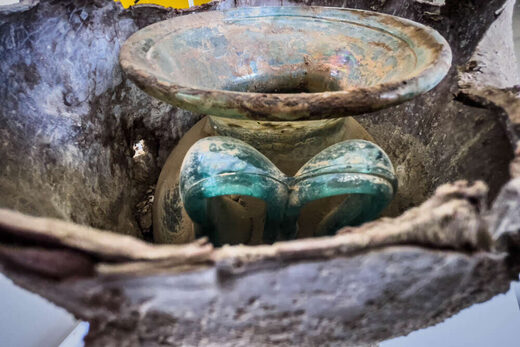 The name Marcus Venerius Secundio was already known to the archaeologists as it appears on a wax tablet belonging to a banker. He was a public slave and custodian of the temple of Venus, that upon being freed gain wealth and high social status. Among the details on this tomb, there is an inscription that finally confirmed a long-sought theory about the city. The epigraph says that Venerius “gave Greek and Latin ludi for the duration of four days.”

“Ludi graeci are to be understood as performances in the Greek language,” explained director of the Archaeological Park of Pompeii, Gabriel Zuchtriegel. “It is the first clear evidence of performances at Pompeii in the Greek language, which had previously been hypothesized on the basis of indirect indicators. Here we have another tessera of a large mosaic, namely the multi-ethnic Pompeii of the early Imperial Age, where Greek, the then lingua franca of the eastern Mediterranean, is indicated alongside Latin.” 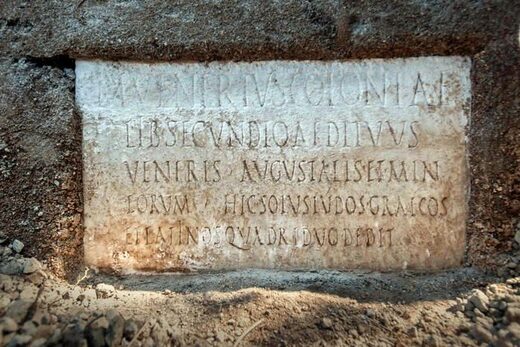 Since its rediscovery a few centuries ago, Pompeii has dramatically changed our idea of life in the Roman Empire and it is certain that more secrets lay buried in the ancient city, waiting to be discovered.