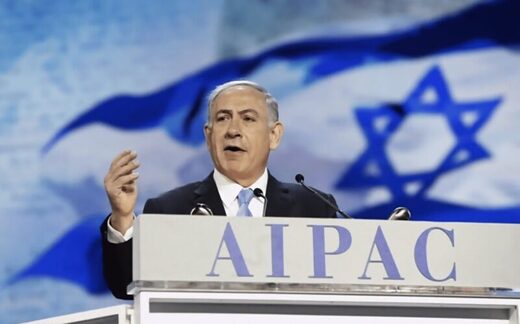 Historian Doug Rossinow discusses the creation of AIPAC, which was originally formed to spin positive PR after the 1953 Qibya Massacre (in a now-familiar pattern of non-proportionality, wiping out over 60 Palestinians in revenge for the killing of 3 Israelis). Over the years, the organization has proven that nothing Israel can do can’t be spun to deflect the blame or attention elsewhere.

AIPAC, the swaggering and influential American Israel Public Affairs Committee, which brands itself as “America’s Pro-Israel Lobby,” is holding its annual policy conference. Top politicians from both parties vie for speaking slots at the group’s glitzy gala. Everyone pays AIPAC attention. And for good reason. Since the late 1970s, it has informally directed substantial campaign contributions toward chosen candidates for Congress. Its messaging on the Middle East is essential in Washington’s foreign-policy conversation.

Some love AIPAC, some hate it, some fear it — but it is a huge factor in U.S. policy, in American politics and in American Jewish life.

AIPAC’s beginnings in the 1950s reveal the long journey the group has traveled as it has grown in size and stature. It once operated in obscurity; now its influence lies partly in its genius for publicity. But some things have remained consistent: It has always responded to Israeli actions, working to mitigate their impact on the American scene. At the same time, it has welded a united front of American Jews in support of Israel, a unity that politicians have had to respect. 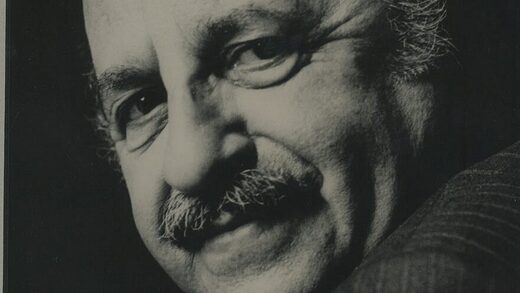 Even before advocates for Israel had AIPAC, they had the tireless I.L. “Si” Kenen. He led AIPAC — in a real sense, he was AIPAC — from its inception until 1974. A journalist and lawyer, Kenen had switched back and forth during the 1940s and early 1950s between working for American Zionist organizations and for the state of Israel.

During Harry Truman’s presidency, Kenen started helping to win U.S. aid for the new state, cultivating ties with members of Congress and their staffers and supplying talking points for those willing to advocate for Israel. A political progressive, Kenen found his strongest support on Capitol Hill among liberal Democrats, and his toughest opponents were conservative Midwestern Republicans and Southern Democrats. In contrast to his brash successors at AIPAC, Kenen’s methods were low-key and discreet.

But despite their early successes, Kenen and other American champions of Israel faced challenges after Dwight Eisenhower entered the White House in 1953. Ike’s secretary of state, John Foster Dulles, said he wanted to pursue a balanced, neutral policy toward the Israeli-Arab conflict — not what Israel’s supporters wished to hear.

In the fall of 1953, Eisenhower briefly suspended the delivery of U.S. aid to Israel after it violated the terms of a U.N.-brokered armistice agreement with Syria by venturing into a demilitarized zone to try to divert the waters of the Jordan River. Eisenhower and Dulles resolved to use their leverage to get Israel to back off. However, Israel and the United States apparently agreed to keep Eisenhower’s action quiet in hopes of a quick resolution.

But on Oct. 15, 1953, all hell broke loose. News spread that a special Israeli army unit had struck into the Jordanian-occupied West Bank and committed a massacre in the Palestinian village of Qibya, killing more than 60 civilians indiscriminately in retaliation for the murder of a Jewish woman and her two children in Israel on the night of Oct. 12.

The strike reflected Israeli policy. Ever since the end of the 1948 war, Palestinians had frequently crossed the so-called “Green Line” into Israel. Most had been driven or had fled from their homes in what was now Israel and simply wished to return. But some committed violence against Israelis. Prime Minister David Ben-Gurion had fixed on a policy of reprisals — military assaults, intentionally disproportionate, on local Arab populations — as a response to any such attacks. After the Oct. 12 killings, Ben-Gurion and top colleagues chose nearby Qibya to suffer retribution.

The outcry was sharp and wide.

Time magazine carried a shocking account of deliberate, even casual mass murder by Israeli soldiers at Qibya — “slouching . . . smoking and joking.” The New York Times ran extensive excerpts from a U.N. commission that refuted Israeli lies about the incident. 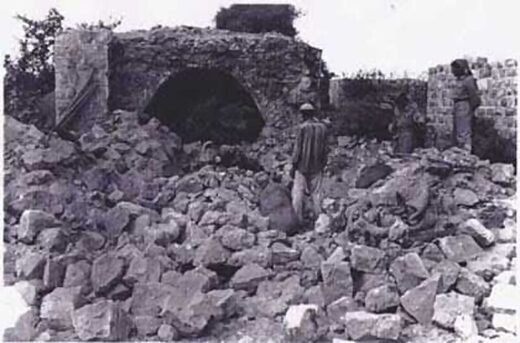 © Wikimedia
A resident of Qibya at the ruins of his house after the attack by Israeli forces in October 1953.

Israel’s most active U.S. supporters realized how severe the danger of damage to Israel was. Kenen wrote of the ill effect of Qibya on what he called “our propaganda.” After Qibya, Dulles confirmed for the first time that Washington was holding up aid to Israel. The United States supported a censure of Israel in the U.N. Security Council. U.S. aid soon resumed, after Israel pledged it would stop its work at the controversial water-diversion site.

Aware Israel’s reputation in the United States had been tarnished, American Jewish supporters of Israel scrambled to mount a damage-control effort in late 1953 and early 1954. Kenen managed this ad hoc effort, involving many parties in Washington and around the country. But it was clear that a firmer, more nimble, ongoing structure of advocacy for Israel was necessary to better meet such challenges.

In March 1954, Kenen and his associates announced the formation of the American Zionist Committee for Public Affairs (AZCPA) — which would be renamed AIPAC in 1959 — and thus launched the modern Israel lobby. AZCPA was quickly joined by the new Conference of Presidents of Major American Jewish Organizations. That group of top Jewish leaders promoted Israel’s interests with high U.S. government officials, including presidents and secretaries of state. Si Kenen regularly attended meetings of the Conference of Presidents and coordinated the work of the two new groups.

Kenen had additional reason for forming a new advocacy group in early 1954. U.S. officials had been inquiring into whether his (then) employer, the American Zionist Council, ought to register as the agent of a foreign power, which might limit its activities and complicate its funding. It made sense for the council to consider spinning off a new lobbying group with a “cleaner” financial basis.

Comment: Over the years there have been efforts to tear that figleaf off AIPAC, but so far they have been unsuccessful.

However, that motivation for forming AZCPA, while significant, did not dominate the thinking of American Zionists in these crucial months as much as the need to manage the political fallout over Qibya, and to prepare for any future shocks coming out of Israel.

Even before AZCPA appeared, Kenen and others labored to construct a united front among American Jewish groups in support of Israel amid the Qibya controversy. AZCPA strengthened that Jewish united front, which was impressively broad. This was revealing and foretold the future.

It showed that there was nothing Israel might do that would jeopardize American Jewish support. Indeed, to some in the Jewish community, the more disturbing Israeli behavior was, the more Israel needed their ardent advocacy. So began a three-decade cycle, one that did not end until Israel’s 1982 invasion of Lebanon, in which American Jews closed ranks to support Israel regardless of circumstances. Jews harboring reservations about Israeli actions found it extremely hard to gain a foothold in Jewish communal life — something that is less true today, but still a central reality in Jewish America.

The perception that AIPAC represents a consensus among American Jews has always been a key to its political influence, which explains the group’s sometimes seemingly outsized opposition to Jewish dissent from its line. “America’s Pro-Israel Lobby,” born in awful knowledge, has always existed to make Israeli realities and priorities palatable to Americans.