Starting with a meager $50,000 donation to a politician’s campaign, the pharmaceutical industry’s lobbyists make sure we keep getting those pain pill prescriptions filled at the pharmacy. This type of coercion is nothing new, but a report has just revealed that more than 7,100 politicians were paid off with various cash donations, all to make sure that America’s painkiller epidemic continues. 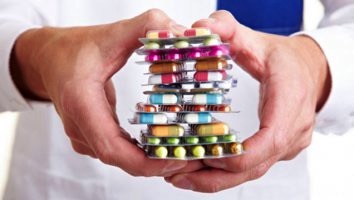 The report details how Purdue Big Pharma lobbyist, Burt Rosen has paid more than 7000 politicians who are legislative gatekeepers for pain drug approvals. With the industry’s influence, we’re kept doped up and paying out, almost endlessly.

Opiod drugs have gotten so popular in the US, often selling for 200 times the price they might in other countries, that many will seek them out before Cocaine or Heroine. Opiod drugs are the second largest drug class globally, but Americans consume almost all of them. Last year 300 million pain pill prescriptions were written in America.

Most people only need opiods during acute illnesses, through childbirth, severe trauma, burns, or during a terminal illness. Thanks to the decisions of politicians swayed by Big Pharma’s money, we use them in the US like breath mints.

And then there’s the massive lobbying campaign aimed directly against a single substance which would likely end opiod abuse forever. Though the US government has claimed that marijuana has no medicinal value, it helps control seizures, stops pain, and has even been shown to dissolve cancerous tumors. No wonder then, that Chandler Pharmaceuticals was one of the biggest donors to Arizona’s anti-marijuana campaign. The company gave$500,000 to oppose the legalization of marijuana for recreational use, making it the largest funder to defeat Proposition 205 in the state.

The journal, Clinical Neurology News reports that marijuana users are less likely to adhere to opiod therapies – simply because they don’t need them.

“For more than a decade, members of a little-known group called the Pain Care Forum have blanketed Washington with messages about prescription painkillers’ vital role in the lives of millions of Americans, creating an echo chamber that has quietly derailed efforts to curb U.S. consumption of drugs like OxyContin, Vicodin and Percocet.”

The annual sales for these few drugs amounts to billions with the OxyContin clan being welcomed to Forbes list of richest families for their efforts.

Though researchers say that opiod sales are finally starting a downward trajectory, Big Pharma’s lobbying to keep them in our medicine cabinets is at an all time high.