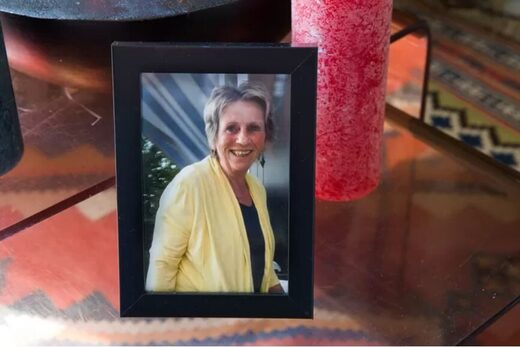 © Arie Kievit
Annemiek van Eck is one of the 381 Dutch citizens registered as ‘passed away after corona vaccination’.

On June 14th, 2021, a Dutch news site that carries news from eastern parts of the country published an article about the death of a 74-year-old woman from the city of Breda shortly after she received a covid vaccine. She is one of the 381 people currently registered in Holland as having ‘passed away after corona vaccination’. On Monday April 19th, she was playing tennis and afterwards cycled to the vaccination location for her first Covid jab. In the evening, she sent a text to her son Jasper and daughter Femke, saying “Apparently, if they give you the vaccine at night, you won’t even notice it.”

That night, she passed away in her sleep and her son found her the next evening.

The first thought both Jasper and Femke had was that her death was likely linked to the vaccine. Jasper said: “that seemed the most logical explanation to us.” The search for cooperation and answers from medical authorities, however, is proving to be very difficult, leaving the siblings feeling dismissed and alone.

The evening of their mother’s death, they called a medical examiner, but he wasn’t really interested in possible causes. Femke says: “When we said that we wanted to have a thorough investigation into what happened, the medical examiner immediately started talking about the transport costs and reacted very defensively.” The examiner wasn’t the only healthcare provider to show little interest in the cause of their mother’s death. When they spoke to their mother’s GP, he tried to convince them that the death of their mother was most likely a coincidence, and that there is little point in searching for a link with the vaccine. Jasper notes: “In the end, the GP did arrange for a pathologist to investigate the death further. But isn’t it strange that you have to face so much opposition?”

Their mother, Annemiek, had recovered from breast cancer but was still receiving immunotherapy, the last session taking place five days before the vaccination. The immunotherapy caused diarrhea. Her children note, however: “People who read the story may think: an older woman, a former cancer patient, such a person’s death is to be expected. But our mother was really fit and full of life again. She had been taking care of our father a lot before he passed away last January. Now she really wanted to make something of her life again. And she did.”

They both emphasize that they’re not ‘corona deniers’ and understand the usefulness of vaccinations. However, that sudden death did raise questions for them, and especially the difficulty they have been experiencing trying to find answers. Jasper says: “You have to do everything yourself, overcome resistance, and yet, If you vaccinate a population en masse and something like this happens, then as a government and medical/science community, surely you’d want to get to the bottom of it, right? Wouldn’t such a reaction make much more sense?”

The pathologist who examined Annemiek’s body already concluded that she did not have covid, there was nothing wrong with her organs, and that she was still free of cancer. Only the results of the brain scan have yet to come in, and if they do and there’s something anomalous, then it would have to be investigated further, something they would have to sort out themselves, as Jasper says. He suggests that it’s possible that his mother was slightly dehydrated from the diarrhea and that the vaccination triggered an immune response that gave her ‘the wrong push’.

Based on their experience with healthcare providers being unwilling to help in finding a possible cause in such cases, Jasper and Femke wonder whether many people are actually reporting such events, “especially if doctors discourage you”. They wonder whether the 381 reported deaths actually reflect reality.

They are of the opinion that their mother’s death could have been prevented. For example, by waiting to vaccinate once the diarrhea has passed. The oncologist did not offer any advice on the decision for their mother to receive the vaccine, which is something the siblings believe should at least be standard practice.

The events surrounding their mother’s death raise doubts about the corona vaccination. Jasper says: “It’s not because we are against vaccination, but because we want to know what happened, and because we believe that these kinds of signals should be dealt with better.” His sister notices that when they tell this story, they are immediately put in the ‘anti-corona camp’ and feel tension from it. They emphasize that they are not deniers, adding “but we are also not docile sheep either.”

The message they want to relay to authorities is: “Take our story seriously, don’t sideline us.” Jasper adds: “I think you have that responsibility as medical and governmental authorities.” 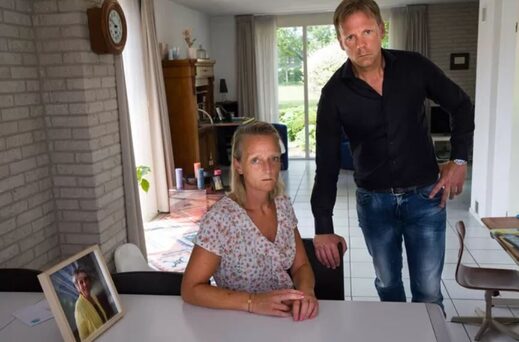