Remember there is no “bug aka flaw” it’s always an intentional hook in the system, ∗∗so do not give me any carrot ∗∗ . Furthermore Intel’s ME and AMD’s PSP chips are at the heart of these hooks – these so called flaws… Israel is a cyber juggernaut and accomplishes it all through Talpiot program and Unit 8200 and 9900! – A 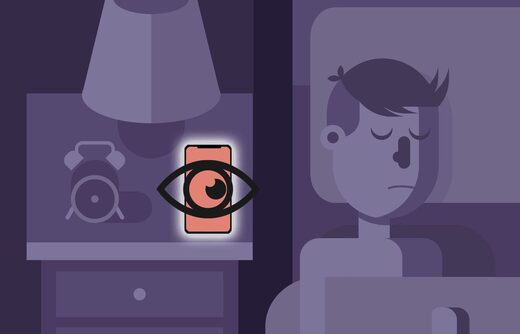 Cybersecurity researchers said Tuesday they discovered a flaw that exposes live video data and audio from millions of internet-connected devices to hackers.

The vulnerability affects more than 83 million devices that use ThroughTek‘s Kalay network, according to the cybersecurity firm FireEye’s Mandiant division. ThroughTek is a technology company started in Taiwan that services “internet-of-things” (IoT) devices and develops software.

“This vulnerability, discovered by researchers on Mandiant‘s Red Team in late 2020, would enable adversaries to remotely compromise victim IoT devices, resulting in the ability to listen to live audio, watch real-time video data, and compromise device credentials for further attacks based on exposed device functionality,” Mandiant said in a statement. “These further attacks could include actions that would allow an adversary to remotely control affected devices.”

Mandiant said it coordinated with the federal Cybersecurity and Infrastructure Security Agency (CISA), which did not immediately respond to requests for comment. In June, CISA published an advisory warning of a vulnerability in ThroughTek software that could expose sensitive information to hackers.

The latest discovered software vulnerability differs from the previous discovery in that Mandiant said the flaw it unearthed allows cyberattackers to communicate with devices remotely.

Precisely which devices are affected remains unclear. Mandiant said it could not develop a comprehensive list of vulnerable devices, but ThroughTek‘s website states that more than 83 million devices use Kalay and 1.1 billion connections are made on the platform per month.

In order to exploit the problem, Mandiant said, a hacker would need comprehensive knowledge of the Kalay protocol and obtain Kalay unique identifiers registered to individual devices that hackers could access through manipulating someone or by finding other flaws in the products.

Yi-Ching Chen, a ThroughTek employee, said the company notified customers about the flaw and how to address it. The employee said in an email that the company takes cybersecurity seriously and thought the vulnerability would only happen when someone’s Wi-Fi was compromised.

“[W]e have a dedicated software test team to assure our software is built with great quality and security and perform penetration tests periodically,” said the ThoughTek employee. “Furthermore, we collaborate with our customers to have security assessments performed by third-party pen-testers.”

Mandiant‘s stated partnering with the federal government looks to be a harbinger for how future problems are made public, as FireEye Mandiant is participating in the Joint Cyber Defense Collaborative established by CISA to link the law enforcement and national security communities with private tech companies to combat hackers.